What are the Stages of Dementia? Let’s take a closer look at each:

Stage 1: No Impairment of Cognitive Function
‍The first stage of dementia is an individual's normal state. Most healthy adults are considered in stage one. It is important for an accurate diagnosis and recognition of dementia or Alzheimer's Disease that a person is seen by a doctor before symptoms set in, giving doctors a baseline to judge progression of the disease.

Stage 2: Very Mild Cognitive Decline
Stage two of the onset of dementia is normal memory loss due to aging. Symptoms of stage two cognitive decline are things like losing car keys or leaving the oven on. These minor lapses in memory wouldn't seem out of place in an otherwise healthy senior, but when they appear early in life, they do give some cause for concern.

Stage 3: Mild Cognitive Decline
When a person falls into stage three, they are showing an impairment in their mental function that is noticeable by their close friends and family. Things start to seem out of sorts, and those who know the person well can tell they aren't themselves. More severe lapses in short-term memory are frequent at this stage, and things like family visits and phone calls are often forgotten. This stage usually occurs before an official diagnosis and makes life difficult and stressful for everyone involved.

Stage 4: Moderate Cognitive Decline
‍Stage four of dementia consists of a moderate cognitive decline that is evident to people who are even less familiar with the individual suffering from dementia. This is the stage where a neurologist will make a diagnosis. Once the rate of progression has been established, the family of the patient will be given a guide for what to expect and how to respond. This professional advice can often help those who were previously struggling to provide care for the loved one with dementia.

Stage 5: Moderately Severe Cognitive Decline
When a person reaches stage five of dementia, things begin to get more difficult on a day-to-day level. The individual may be more confused, disoriented, and require assistance with completing basic activities of daily living. This is the point where someone with dementia is unable to live alone anymore, and family feel more comfortable with either assisted living programs or a live-in caregiver. Deciding to introduce such drastic changes to a loved one with dementia can be very difficult for a family and cause a lot of emotional distress.

Stage 6: Severe Cognitive Decline
Stage six of dementia is known as severe cognitive decline. This is the point where the symptoms of dementia are debilitating. An individual in stage six is often unable to recognize close family members, and their personality begins to change as well. Severe memory loss is typical, and professional help is usually needed for adequate care to be provided.

Some neurological symptoms such as paranoia, hallucinations, and anxiety can set in and make personal interaction a difficult, often painful process.

Stage 7: Very Severe Cognitive Decline
Stage seven of dementia is the final stage, and the cognitive decline reaches its peak.  Communication skills often break down to the point where an affected individual can only mumble nonsensical phrases and seems to have no grasp on where they are or who is with them.  They lose all ability to care for themselves and will be unresponsive to external prompts to communicate.

Finally, they will lose their capacity for fine motor control, and their body’s organ systems will begin to shut down. Death shortly follows stage seven dementia, and the process is arduous for everybody involved.

Providing CareThe seven stages of dementia are a long, slow series of stages of mental decline that are a strain and struggle for not only the suffering individual but also the family and friends who attempt to provide care and comfort. Medical help and professional caregiving services are designed to make life easier for everyone involved with the care of a person with dementia. Once someone can identify the onset of dementia in their friend or loved one, it is crucial they employ all the help available to them so this process is handled with as little suffering as possible. 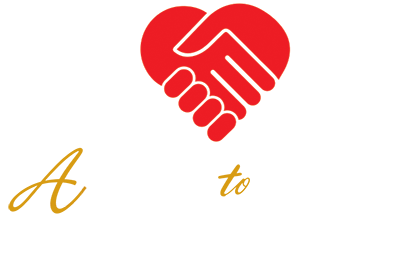