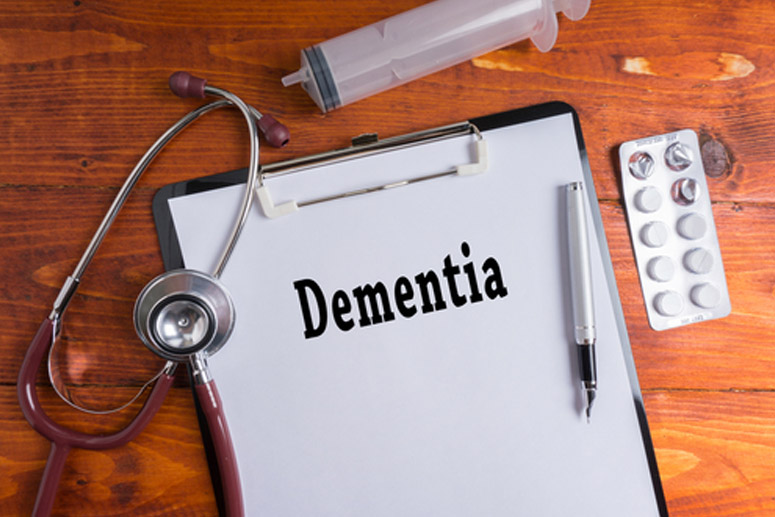 Dementia is more common in people over 65, but it’s not limited to that demographic. Early onset of the disease can start with people in their 20s but is most common with individuals in their 40s and 50s. Dementia that appears before age 45 is known as young-onset dementia.

There are many causes of the degenerative disease, but a common one is a dysfunction of a person’s cerebral cortex, directly, or indirectly.

In addition to having difficulty remembering, a person suffering from early-onset dementia will experience impaired language, trouble communicating, and an inability to reason and focus. While some symptoms may be similar to those of late-onset Alzheimer’s, the disease can manifest itself in more unusual ways if the one suffering is younger. This makes it harder for the family or a doctor to detect.

‍Short-term memory issues
‍Memory problems often show up as subtle changes, like forgetting where the keys are, or why a person entered a room. It’s common to remember events from years ago or childhood experiences but not what happened earlier that day.

‍Words
‍An early symptom of dementia is the struggle to communicate. Sharing thoughts and ideas will become more difficult. People with dementia can be challenging to communicate with because they struggle to find the right words, have problems expressing what their exact thoughts are, and have difficulty focusing on what is happening around them. They might substitute words with unusual or made-up words, forget the meanings of words, or confuse the order of sentences.

Repetition is also a common symptom of dementia due to memory loss and behavioral changes. It may be hard to hold a conversation with a dementia sufferer because they repeat words and sentences. They will also ask the same question over and over, even after it’s been answered.

‍Mood swings
‍This is a symptom that is easier to detect in oneself than in someone else. A person who has dementia may seem different than usual in a way that is difficult to pinpoint. They may be more depressed, agitated, or anxious, especially in situations where memory and vocabulary problems are causing difficulties for them.

A person with early dementia symptoms can often lose interest in activities they previously enjoyed. The things they used to think were fun no longer appeal to them, and they become apathetic about life. They may also lose interest in spending time with their family and friends because they are struggling to connect emotionally.

Emotional responses can become less appropriate or more exaggerated than usual. They may stay angry or unhappy longer than previously. It can be difficult, but try and avoid starting an argument with them. Avoid intervening or unintentionally escalating situations — and know when to let things go.

‍Normal tasks become hard
‍Someone suffering from early-onset dementia may struggle to complete routine tasks. It may start with being unable to follow complicated plots or the rules of a game. They may have issues with math, using money, learning new things, or following new routines.

Someone with early-stage dementia often becomes confused, which may show when they are trying to remember names, faces, or locations. This uncertainty can be as small as forgetting where they parked the car or the day of the week but may evolve into forgetting their name or address. Spatial orientation will start to deteriorate with early-onset dementia, making recognizing landmarks, or driving to routine places difficult. They are likely to misplace items only in an unlikely place, like the car keys in the fridge or pills in the fruit bowl.

‍When to see a doctor?
‍Forgetfulness doesn’t always indicate dementia. A lot of these symptoms are part of normal aging or can occur due to other factors like stress or fatigue. These symptoms often start mild and get worse very gradually — sometimes so slowly that those around the person do not notice. This is known as mild cognitive impairment or MCU. At this point, the symptoms are not severe enough to be diagnosed as dementia.